CAPE VERDE: The Prime Minister praises the community actions of the Adventist Church.

CAPE VERDE: The Prime Minister praises the community actions of the Adventist Church. 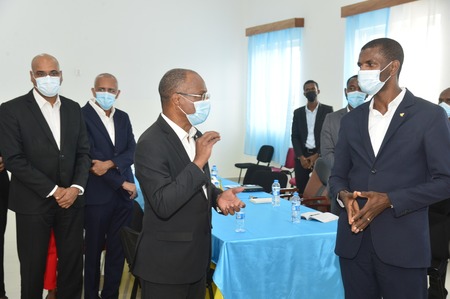 It was during the visit to the Adventist Church of Achada São Filipe, in Praia, the capital of Cape Verde on Tuesday, December 21, 2021.
Pastor Natalino Martins, the president of the Cape Verde Conference, accompanied by some pastors and directors of departments welcomed the Prime Minister of Cape Verde, Dr. Ulisses Correia E Silva. 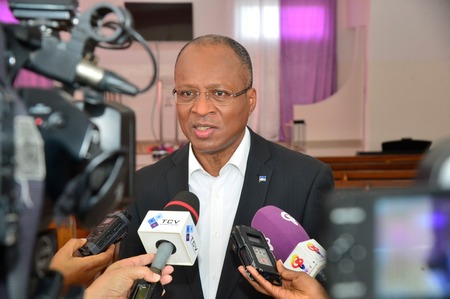 Responding to the media, the Head of Government said that this visit is part of the program called "Mobilization for Accelerated Social Inclusion" (MAIS), an initiative of the Government to end extreme poverty. The participation of various institutions and non-governmental organizations is expected. "First of all, I would like to recognize the wonderful work that the Seventh-day Adventist Church is doing. It is an old church in Cape Verde and, especially, at the beginning of the pandemic, they made a very strong action of solidarity," he stressed.
He added that the churches play an "important role" in the fight against extreme poverty in Cape Verde, hence the Government's decision to partner with religious entities to increase the response capacity to this scourge that affects thousands of Cape Verdeans. 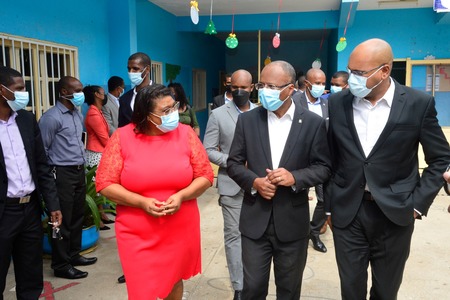 Dr Ulisses Correia E Silva also informed that the government, within the framework of the targeted program, intends to emphasize on improving the living conditions of families, with the rehabilitation of houses. The idea is to develop actions with entities that are daily on the ground and know the local reality.
"We came here to define a framework of good partnerships within the MAIS program. There are areas and aspects of convergence, the church is already working within the communities. They are doing serious work, they know the social and economic reality of families. We can work together so that no child is excluded from preschool,” he said.
In turn, the president of the Seventh Day Adventist Churches in Cape Verde, Pastor Natalino Martins, welcomed the government's initiative and noted that the Covid-19 pandemic has left many families in extreme poverty.  "I want to congratulate the government of Cape Verde for this great initiative in creating a very important program for our community, especially in these times. As a Church, the Seventh-day Adventists are available to collaborate and strengthen this partnership," he expressed.
After the visit to the church of Achada Sao Filipe, the Prime Minister also visited the Adventist School of Palmarejo, an institution that prepares children from kindergarten to high school.
The Prime Minister and the members of the government who constituted his delegation received as gifts two books, The Great Controversy and The Great Hope. Some members of his entourage promised to read them. 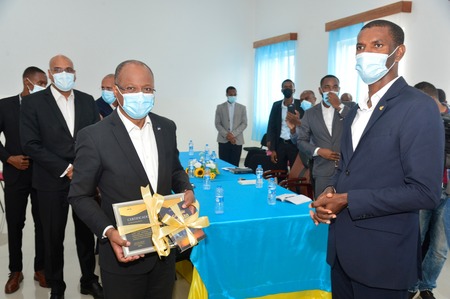 The Scripture recommends us that prayers be made "for kings and all who are in authority, that we may lead a quiet and peaceable life in all godliness and reverence." (1 Timothy 2:2). This is exactly what the Adventist Church is doing in Cape Verde. 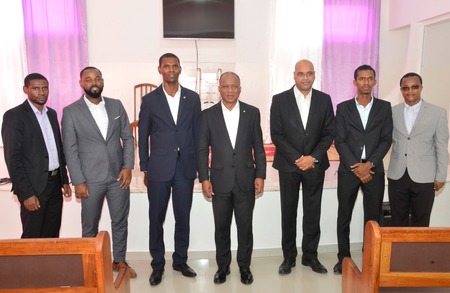 Cabo Verde Conference is part of Western Sahel Union Mission in the West-Central Africa Division of the Seventh-day Adventist Church. The Church was established in the 1930’s. As at September 2021, statistics show 9,550 members worshipping in 82 churches and companies in Cape Verde.

We use cookies to personalize content and ads, to provide social media features, and to analyze our traffic. We also share information about your use of our site with our social media, advertising, and analytics partners.