The Seventh-Day Adventists provide toilets to some schools in Abobo.

The Seventh-Day Adventists provide toilets to some schools in Abobo. 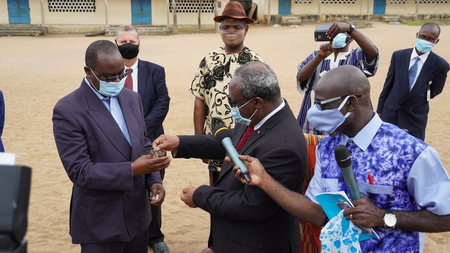 As part of their humanitarian and social actions, the West-Central Africa Division of the Seventh Day Adventists handed over this Thursday, August 6th 2020, the keys of the toilets that they have rehabilitated and built in the schools of the Inspection of Preschool and Primary Education of Abobo Avocatier in the commune of Abobo in Abidjan.

The President of the West-Central Africa Division, Pastor Elie Weick, accompanied by the Directors of Education Pastor Balisasa and of Communication Pastor Koch went to Abobo on that Thursday, August 6, 2020. This delegation left to hand over the keys of the toilets that the Division has rehabilitated in the schools of Agnikro, Mponon, EPP Palmeraie and built at the Gendarmerie Group. 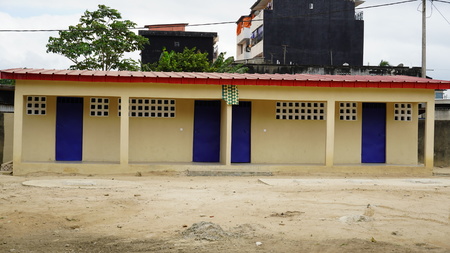 The team of the Seventh Day Adventist Church was welcomed by Mr. Allagba representing the Regional Director of Education, Mrs. Gouali Lucie the Inspector of Preschool and Primary Education of Abobo Avocatier and Mr. Koffi, president of the National Platform of Management Committees of Public Schools (COGES) of Côte d'Ivoire. 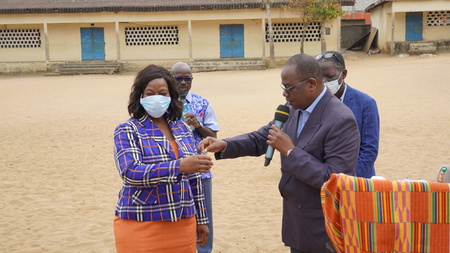 In her welcome address, Mrs. Gouali Lucie stressed that the inexistence of toilets or toilets not usable made the work of the students and especially the teachers difficult. She therefore thanked the Seventh Day Adventists and prayed for God's blessing on them. She asked the users to take care of the toilets and keep them in good condition for as long as possible. She asked the support of the Adventists for the establishment of a library for the benefit of the students and teachers. 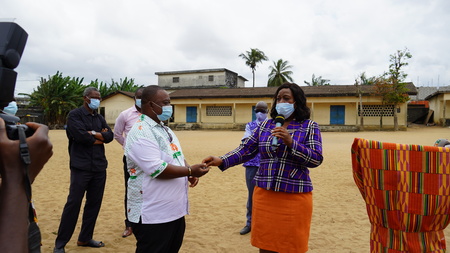 In his address, Pastor Elie Weick said that Selfishness is  hindering development in Africa. He urged those who have a little more to give, to invest for development. He said that in 2017 the Adventists gave medicines worth 1.2 billion CFA francs to the Ivorian government. "Give to be blessed, the more you give, the more you will be blessed," he said. 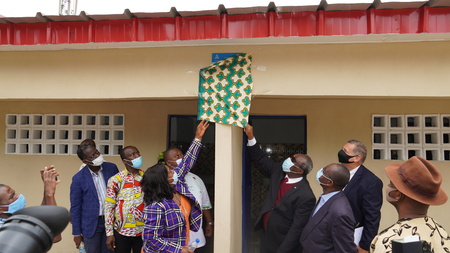 Pastor Weick revealed that Adventists care for man in all his dimensions, physical, mental and spiritual. He said he was moved during a visit to a school by the lack of dilapidated toilets that made students and teacher sun comfortable. 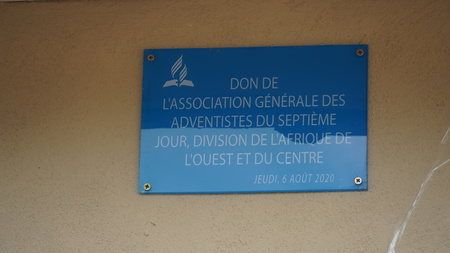 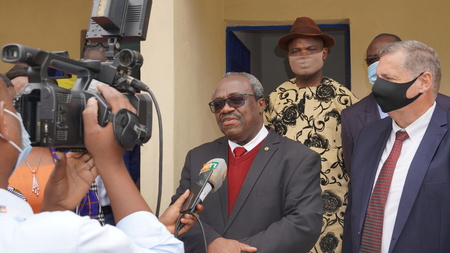 Mr. Allangba, on behalf of Mrs. Gra Marie Claire, Regional Director of Education, thanked the Adventists and recalled their past actions: the donation of tables and benches to the Groupe Scolaire EPP Nord and the de-worming of students last year. He said that by rehabilitating and building toilets, the Adventists are in line with the Minister of National Education, Mrs. Kandia Camara who has made toilets the central focus of her vision for our education system. 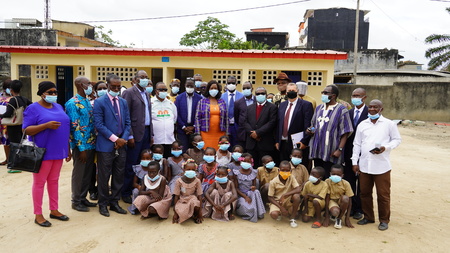 The President of the platform of COGES, Mr. Koffi in turn thanked the Seventh Day Adventists for their action in favor of the Ivorian school. According to him, the rehabilitation and construction of toilets contribute to the improvement of school results. He reassured Pastor Weick about the maintenance of the toilets and then he wished that the fifth school of the Inspection of Abobo Avocatier be taken in to account in the future actions of the Adventists and that the toilets of the Palmeraie school be fenced.

The meeting ended with a visit to the toilets similar to those of the big hotels. Visibly happy, Mrs Gouali said that she now knows, after Pastor Elie Weick's explanations, why the Adventists observe the Sabbath on Saturdays. She accepted Pastor Koch's invitation to visit the Adventists in order to get to know them better.