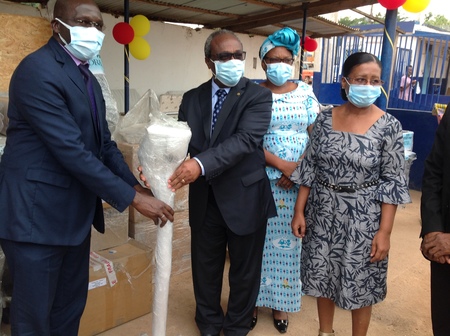 As part of its support and assistance activities for disaster-stricken population and needy people, the leaders of the West-Central Africa Division and the ADRA Director of this same entity, donated medical and laboratory equipment, this Thursday, July 30, 2020, later in the afternoon, at the CHR of Aboisso. This donation is estimated at nearly 92 million CFA.

After the welcome address of Mrs. Kadja Nzoré Emilienne, third deputy mayor of the city of Aboisso, who took the opportunity to thank the Seventh-day Adventist Church, its authorities and the head of ADRA, Pastor Elie Weick, President of the Division took the floor to address the administrative authorities who came for the ceremony, explaining the importance of the action of his ecclesiastical entity. According to Pastor Weick, this donation is part of a humanitarian action that goes along with the mission of the Seventh-day Adventist Church. “Our Gospel takes into account man in all of his existence. It’s a holistic message.” Pastor Elie Weick, also Chairman of the Board of Directors of ADRA Division, on behalf of ADRA West-Central Africa office and ADRA International, signed a partnership agreement between the State of Côte d'Ivoire represented by the representative of the Minister of Health and Public Hygiene, Professor Soro Kountélé, Deputy Director of Cabinet of that Ministry. This action is meant to strengthen cooperation between ADRA International, the Adventist Church and the State of Côte d'Ivoire. 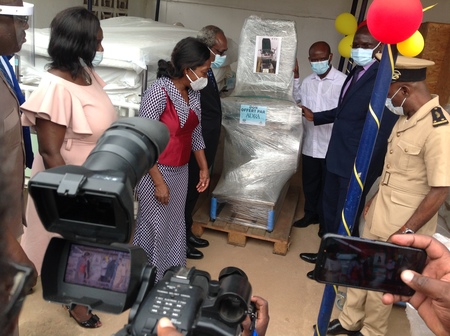 Pastor Amegnito Emmanuel, head of ADRA Division, taking the floor, presented the priorities of his department and explained why Aboisso was chosen for this other donation. “Our presence here again demonstrates the importance we attach to this region and especially to the city of Aboisso. For us, it is not enough just to preach the Gospel; it must be accompanied by actions. We therefore want, by this gesture, to relieve vulnerable people.” He also indicated that his department was not at its first humanitarian action in Aboisso and in the country. Concerning the city of Aboisso, food and non-food items were distributed to the population of this locality in 2018 during the floods, which caused great damage. In 2017, a donation with an estimated value of over one billion F Cfa, consisting of medical equipment was handed over to the foreign affairs’ ministry. To this must be added the donation of benches for pupils worth nine million F Cfa in the municipality of Abobo. 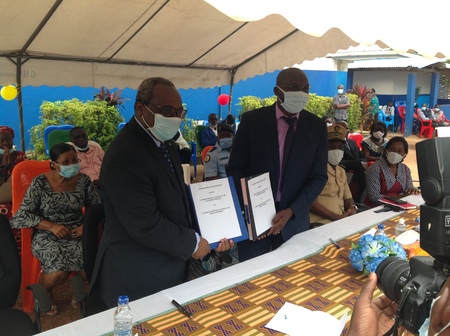 Receiving this medical equipment on July 30, 2020, the deputy director of the cabinet of the Minister of Health and Public Hygiene, Professor Soro Kountélé thanked the Seventh-day Adventist Church and ADRA for their donation which will surely relieve the CHR of Aboisso in these difficult times that our country is going through with the Covid-19 pandemic. He also underlined that this donation will significantly contribute to reinforcing the capacity of supervision of the health techniques of the hospital and welcomed this "highly civic gesture which goes in line with the vision of the government which is to strengthen patient care capacities.” 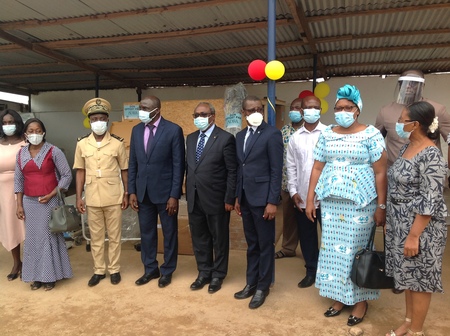 Let’s note that ADRA is involved in its activities in more than 135 countries around the world and as a Relief and Development Agency, ADRA sits on the United Nations Economic and Social Council. The donation on that day consisted of hospital beds, mattresses, delivery tables, cesarean section operating kits and complete dental surgery kits.