More than twenty tonnes of food were delivered to the Regional Committee for Disarmament, Demobilization and Reintegration (CNDDR) of the Extreme North of Cameroon in Maroua on February 28, 2020. The beneficiaries were the ex-combatants of the Boko Haram sect.

The Extreme North Region Governor Midjiyawa Bakari and the President of the Adventist Church in West-Central Africa Division(WAD), Pastor Elie Weick-Dido and the Head of Evangelism of the Division, Pastor Same Vincent Roger were the special guests of this ceremony. The TMI concept (total member involvement) brings hope to the ex-combatants of the Boko Haram sect who repented from evil.

Over a thousand church members, administrative and military officials, the curious and the media were present at the esplanade des services of the region’s governor. After the national anthem of Cameroon, Pastor Issa Babba, Executive Secretary of the Northern Cameroon Adventist Conference (NCAC) said the opening prayer followed by the welcome address of the President of the Conference, Pastor Hendjena Richard. Accompanied by the treasurer of the NCAC, Tchamaya David, organizer of these donations, Same Vincent Roger, head of evangelism at WAD presented the content of the donations.

The donations were made up of corn flour, cooking oil, rice, millet and salt worth than five million francs CFA. In his remarks, Governor Midjiyawa Bakari thanked the Adventist Church "for its responses to the requests made by the Head of State. On March 19, 2016, the Church brought a donation worth than 21 million FCFA to the victims of Boko Haram and to our valiant defense and security forces. The government of the Republic has not forgotten this salutary gesture in history that will serve as a model for future generations. " 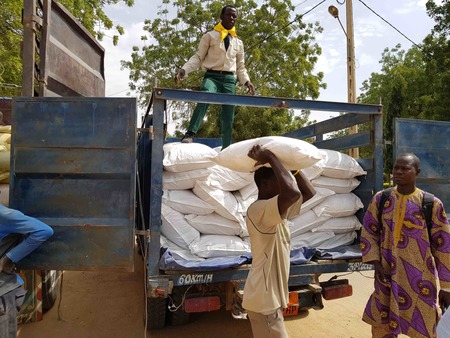 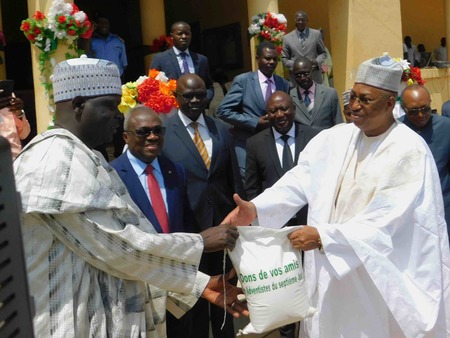 Addressing Pastor Elie Weick-Dido who came to perform this act of love, the governor said, "This gesture of magnanimity, of impulse of heart, sufficiently reflects the importance that the Seventh-day Adventist Church attaches to the final return and to the consolidation of peace in the Extreme North of Cameroon as well as to the well-being of its population”. Symbolic donations were given to the governor who passed them on to the regional coordinator of the CNDDR, Oumar Bichaïr. The latter only just said "Thank you". A word repeated several times in a tone of deep satisfaction from a gesture that he wishes to see as regularly as possible to meet the needs of nearly a thousand repentants of the Boko Haram sect. 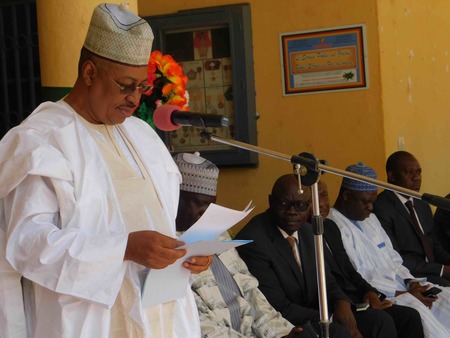 One of the highlights of the ceremony was the prayer for Cameroon. Indeed, Pastor Elie Weick-Dido prayed for the Cameroonian authorities and people. But before that, he exhorted Cameroonians "to peace, forgiveness, reconciliation and love while participating effectively in national construction. Because it is not by pressing on a button that one can develop a nation. Each country needs the contribution of its children. Those who have gone astray can try the prodigal son’s experience. " 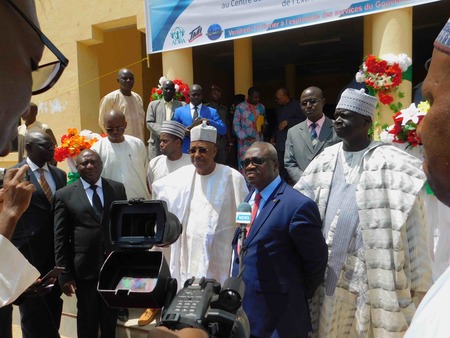 A solemn worship service ended the pastoral visit of the president of the Division with nearly 5,000 people assembled in the premises of the Adventist College in Maroua. "The tragedy of missed opportunities" was the title of the sermon which called on the people of God not to despise the time of the visitation, the time of grace, the time of probation and the time of blessing. We must therefore remain vigilant. It was a real refreshing time for a whole people satisfied with the visit of their shepherd. Pastor Elie Weick and his entourage made up of Pastor Same Vincent and brother Serge Thiombiano left Maroua Saturday night on February 29, 2020. 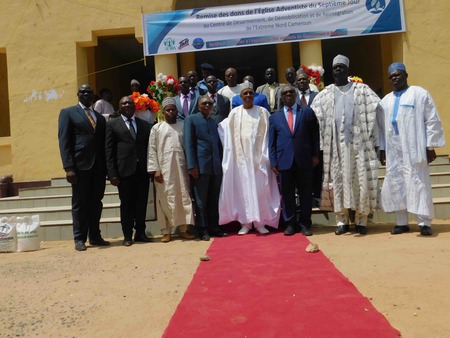